When giving back is part of who you are

“The best way to find yourself is to lose yourself in the service of others.” — Mahatma Gandhi

It is an important part of human nature to belong. The best way of belonging is immersing yourself in the community and helping those that need it.

Chenga Ose Association (COA) is a light at the end of the tunnel for mothers of children with disabilities. It is the Olive branch to a community that has been cast away and neglected.

Chenga Ose, which means ‘all considered’. It is a Christian based support program developed by Pastor Lucia and Davis Mambure after having given birth to their differently-abled son Tapona.

After realizing the shortage of support for families of the disabled, Lucia set out to develop one. She appealed to the Ministry of Gender which told her to come back when she had assembled a group of people with a similar issue as her.

The aim of the support groups is to dispel the myth surrounding physical and mental disabilities. It caters to people with different disabilities such as autism, mental health disorders, and many others.

The association is an advocate for those with disabilities to have access to learning opportunities, job creation, health care, and overall better living conditions.

It has grown significantly in the last decade. Chenga Ose has over three hundred members, including caregivers in five provinces. Through the support groups, caregivers have an opportunity to discuss the nature of their children’s disabilities. Additionally, they are able to discuss the challenges they face in trying to cope with the responsibilities of parenting and that of functioning in society.

BP Global Solutions as part of their Growing Together initiative have extended a helping hand to COA, as their way of giving back to the Christian Community which is part of their business mantra. This was launched in August 2019.

BP Global has made it a part of the culture to pay for the expenses that fall under COA as a way of helping COA fulfill its mandate.

The Global team and their esteemed visitors Bruce Baird and, Vicky Peterson of Productive Dentist Academy set out to Epworth for some lunch and networking with the COA family. A beautiful scene with praise and worship and great speeches.

Pastor Davis Mambure gave a reading from the bible, which talks about Jacob’s predicament (Genesis 50). Mai Chingori the head of the church also spoke, and a big part of her message was the love the support groups bring and God’s unchanging nature.

BP Global’s Managing partner JW Oliver gave words of encouragement to the mothers in attendance. “Never let anyone tell you that your children are not children of God”

What is the Growing Together initiative? 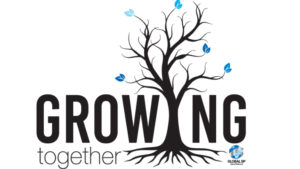 This is a BP Global culture that aims at creating a win, win, win scenario for the clients, the Global team and the Christian Community at large. The heart of Growing Together is giving back to society as God rightfully made it be.

The Growing Together culture says that regardless of the department you work in, you must do your work well to ensure overall growth to all the stakeholders.

BP Global Solutions has seen the potential in COA and has partnered with them in fulfilling their mandate of growing their support group network. The five-year plan to build at least one center that supports all the COA Support Groups.

See how you can be part of the Growing Together initiative. Reach out to us.

Let's get in touch

Give us a call or drop by anytime, we endeavour to answer all enquiries within 24 hours on business days.

If you want to get a free consultation without any obligations, fill in the form below and we'll get in touch with you.
(940) 757-0022
info@supportdds.com